Turkey: Saffron and more in Safronbolu 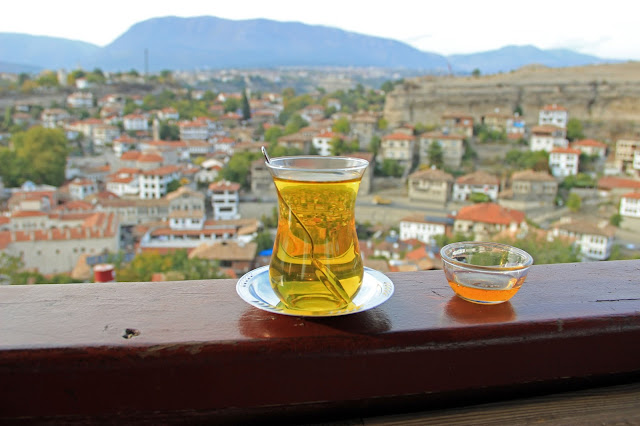 In the northern reaches of Turkey about 100 kilometers from the Black Sea coast lies a little town that I never knew existed before visiting Turkey: Safronbolu. We added it to the end of our itinerary on the suggestion of a few people, and I'm glad we did.

Safronbolu does have its share of notoriety as a destination, but it gets far more domestic visitors than international. While it doesn't seem to get that much attention from Westerners, we found that it is somewhat known by Japanese travelers... or at least was in its day. Imagine our surprise when we found that the owner of our guesthouse spoke better Japanese than English! There were a handful of others around town that were eager to greet and speak to us in Japanese as well.

This sleepy little town has a real small town feel to it, especially in Old Town. We thought Turkish people were nice before we came, but it's almost hard to believe how nice the people we found here in Safronbolu were. Once when we asked directions, the guy got up and walked us all the way to the place we were looking for. We were treated to multiple cups of tea by shopkeepers—including the local specialty, saffron tea—without even buying anything. At one turn, a shop owner who spoke maybe five words of English invited us into his workshop just to show us his work and awards, then sent us off with a hug and kiss in true Turkish style. Salt of the earth.

So what draws Turks and others to Safronbolu besides the people? Well, a few things. 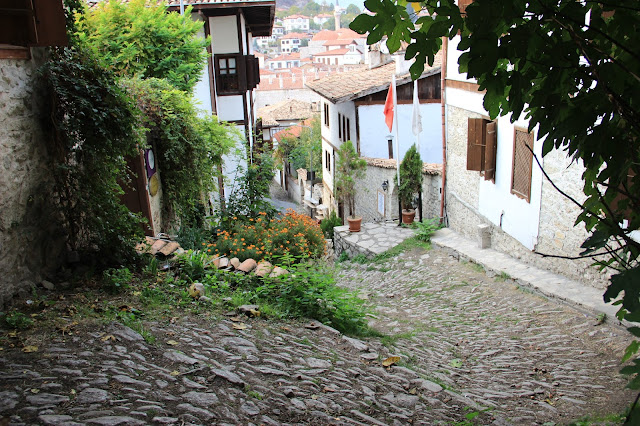 Classic Architecture in Old Town. The entirety of this town within a town is a living UNESCO World Heritage Site, registered for its classic Ottoman buildings. You can go into the old Cinci Hani inn and a few of the houses and view some truly freakish mock displays of ye olde tyme Ottoman lifestyles if you want a laugh, but I'd say it's more enjoyable just to stroll up and down the hills on the cobblestone streets. Actually no, on second though you should pay the two Lira to go see the displays—they're like a train wreck, you just can't turn your eyes away from them. The bath is a hoot as well, but I won't ruin it for you.

Saffron. It's in the name of the town, so I'm sure you saw this one coming. They do have a number of inventive uses for it though which I enjoyed: tea and lokum. Saffron tea comes in that same Turkish tulip teacup we all love, but is served with honey instead of sugar. Delish! You can buy your own saffron tea as well, and I definitely would have if we wouldn't still be on the road for another nine months.

We had our first cup up at the top of the hill, where there is a clearing past a gate with a little cafe and some other things. It's a great place to stare down at the entire town and take it all in.

Lokum. You probably know it as Turkish Delight. That's right, this place specializes in it, making all types of flavors. They even make saffron-flavored lokum if you're the two-birds-one-stone type. This is the kind of town that they will offer to load you up with free samples if you even pause for a second in front of the lokum store. My advice: don't fight it. It's delicious, it's sumptuous, it's... downright delightful. Akemi wasn't a fan of the stuff we had found to this point, but even she liked the lokum here. If you're a fan, this is the place to be. 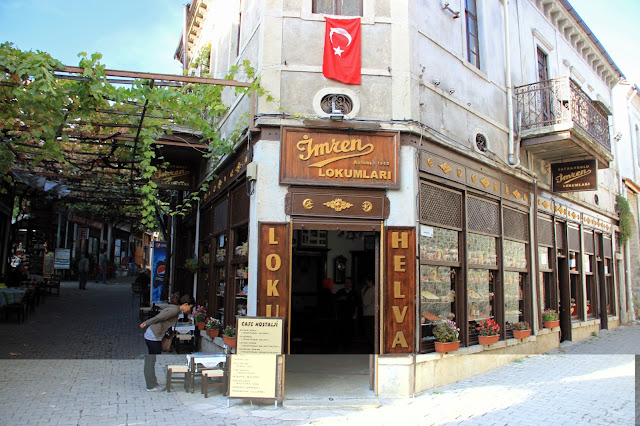 Those are the main draws here. It would only really take you a day to tour the entire Old Town, but the people here make you want to stay a week. We compromised on three days and were quite happy we did.

We can highly recommend our guesthouse, the Efe (Facebook here), even if your English is better than your Japanese. It's family-run, and the mother will help you find everything you could want to see in Safronbolu. The rooms were surprisingly cozy for the price we paid, but more than that was the view. I'll leave you with that view until next time.

This is a Flickr badge showing public photos and videos from Doug-tastic. Make your own badge here.